A vision came to me in the field one day as I was harvesting zucchini and experiencing an intense chocolate craving: chocolate zucchini bread. The next day I was on lunch duty so I decided to make this vision a reality. I searched for a recipe to use as a guide and then decided (mostly unintentionally) to make some variations. 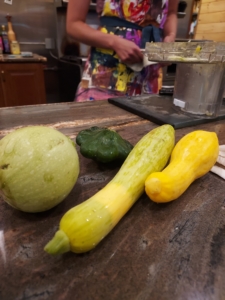 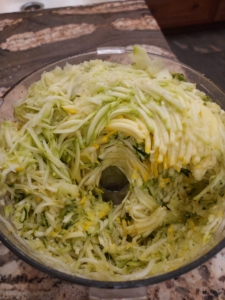 As I looked in the walk-in, I saw that there were some summer squash that needed to be used as soon as possible, so I decided to use them in the bread instead of zucchini. When I realized that I had already started melting quadruple the amount of butter that the recipe asked for, I decided to make 4 loaves instead of 2 – at the very least we could freeze the other 2 for later. As I went, I substituted maple syrup for brown sugar and used melted coconut oil instead of safflower oil to give a little extra flavor. We were running low on all-purpose flour, so I used up what we had and substituted buckwheat flour for the rest. 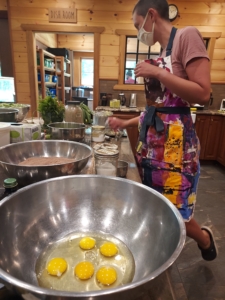 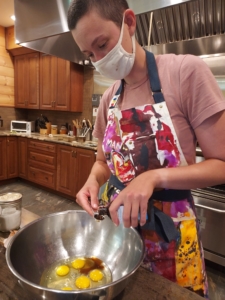 While the breads baked, I wondered how all of the substitutes would affect the outcome. Would the different flours give it a denser texture? Would the maple syrup make it runny?  If it came out too dry, then I could break it up on top of ice cream and call it chocolate zucchini crumbles. If it came out too gooey, then it’s molten lava cake. Adaptability in the kitchen can be difficult if your heart is set on a particular outcome, but if you can spin whatever the result is into something delicious, then it’s a success. 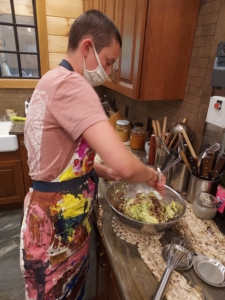 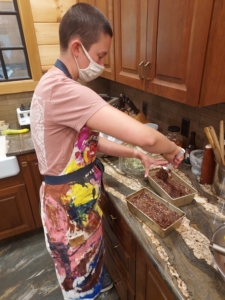 All four of the breads turned out to be delicious as is, and needless to say, none of them made it to the freezer.

Here is the recipe I made, adapted from https://www.twopeasandtheirpod.com/chocolate-zucchini-bread/. 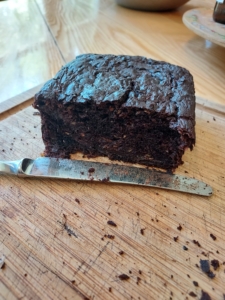 How To Dry Mint For Tea