About Round the Bend Farm

Round the Bend Farm (RTB), a Center for Restorative Community, located in Dartmouth, Massachusetts is a working farm and educational non-profit. We are a living laboratory that cultivates, educates, and empowers people of all ages. We are devoted to the global paradigm shift toward hope and abundance by valuing diversity, modeling nature, and redefining wealth.

The “Ourstory” of Round the Bend Farm

There are always many hands and hearts involved in anything meaningful- and Round the Bend Farm (RTB), a Center for Restorative Community, is no exception!  Michael & Margie Baldwin (founders of the Marion Institute) and Leslie & Rutgers (Rucky) Barclay were catalysts in the inception and development of RTB, and played a significant role in ourstory.  In 2007, the two couples joined forces when they found the farm and named it Round the Bend Farm.  They invested in the land and hired two farmers, Antone (aka “T”) Vieira and Ellen Densmore, to break ground on the property.  From 2007 to 2012, T & Ellen helped build up the farm, before moving on to pursue their own farming dreams in Maine.  RTB Co-Founder Geoff Kinder was also hired in 2007, and began caretaking along with vegetable farming.  Leslie & Rucky’s financial and emotional support gave the RTB farmers the freedom to explore and develop positive relationships with the land and with farming as a craft.

Geoff and RTB Co-Founder Desa Van Laarhoven (then the Executive Director for the Marion Institute) had a dream of creating a working and living model of restorative living in the northeast, inspired in part by their friends at Rancho Mastatal in Costa Rica.  Incredible visionaries themselves, Michael & Margie Baldwin visited Rancho Mastatal to experience part of Desa & Geoff’s inspiration, and encouraged the couple to manifest their vision at RTB.  In 2009, Desa & Geoff started living at RTB, and Desa’s brother, Shaun Van Laarhoven, arrived on the scene as RTB’s first official volunteer.  Over the course of six years, Shaun made a career transition from non-profit human services worker in Boston to a farm volunteer, and ultimately to his current position as RTB’s Executive Chef & Kitchen Director.

RTB was BLESSED in 2013 to have Ellen & Duncan McFarland join the team as major financial supporters that wholeheartedly believed in the vision that was transpiring. Through their Bromley Charitable Trust, Ellen & Duncan purchased the 39-acre property to manifest the greater vision for RTB, led by Co-Founders Desa & Geoff, and supported by an incredible team of folks.  A Center for Restorative Community was born!  In one fell swoop, the farm went from a place owned by one couple to a place owned and farmed by a non-profit in perpetuity.  This work could never have been done without the many, many folks who contributed their love, time, energy and ideas.  We are especially grateful to our funders Ellen & Duncan, who were able to manifest our vision and make it a living reality.  Our hearts will always be full when we think and speak of them. 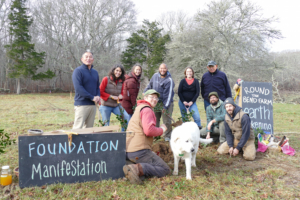 Desa left her post as Executive Director of the Marion Institute in 2015, “to follow her bliss” (as Michael Baldwin says) and became the Executive Director of RTB.  RTB received its non-profit status on July 7, 2015, and on October 1, 2015, RTB took a leap from the comfy nest of its fiscal sponsor, the Marion Institute.  Later in 2015, the ground broke, after a special blessing, for RTB’s Learning Center.  The Learning Center is a testament to the power of collaborative effort, and a long-held collective dream made manifest. 2017, the Learning Center was completed and it now pulses with life and possibility, and our educational programming is growing like a weed!

Also in 2017, RTB formally acquired 55-acres of Ocean View Farm, located directly next door to RTB’s 39-acre parcel, protecting that land from development and continuing its life as a working farm.  This project was a 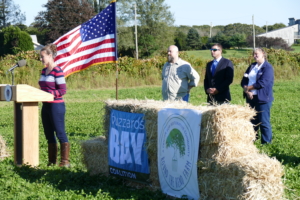 joint effort between RTB, the Buzzards Bay Coalition, and the Dartmouth Natural Resources Trust; and it wouldn’t have been possible without the support of Ellen & Duncan, along with contributions from the USDA and many individual donors.  RTB’s original property will continue to be education-centered with demonstration plots, permaculture, animal production, small-scale grazing, and educational workshops and events.  RTB East will expand our realm into focused, sustainable food production, as we aim to foster greater diversity in our community: of people, perspectives, initiatives and biology.

No one will ever forget the year 2020, which brought an unexpected health pandemic, COVID-19.  While the crisis brought feelings of vulnerability and fear, and was exacerbated with racial strife and political tensions, it also shone a light on new ways 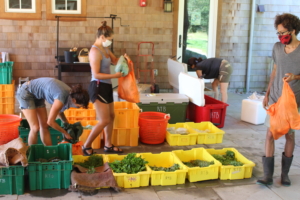 of living in hope and in love, and meaningful opportunities presented themselves.  Project Manifest Love was born out of this crisis- a collaboration to bring love, education and healthy food to vulnerable families in New Bedford.  In partnership with the YWCA Southeastern MA, Youth Opportunities Unlimited (Y.O.U.) and NorthStar Learning Centers, RTB was able to distribute CSA-type food shares to approximately 125 families per week.

2020 also brought our amazing dog Mayla, two valuable TerraCorps service members, growing our team to 15 and another major land acquisition, growing our farm to 115-acres.  We recognized a special opportunity to expand RTB’s farmland and potential with Everbearing Farm, 21-acres across the street from our RTB East property.  Ellen & Duncan and the Bromley Charitable Trust stepped up again, purchasing Everbearing Farm on behalf of RTB. 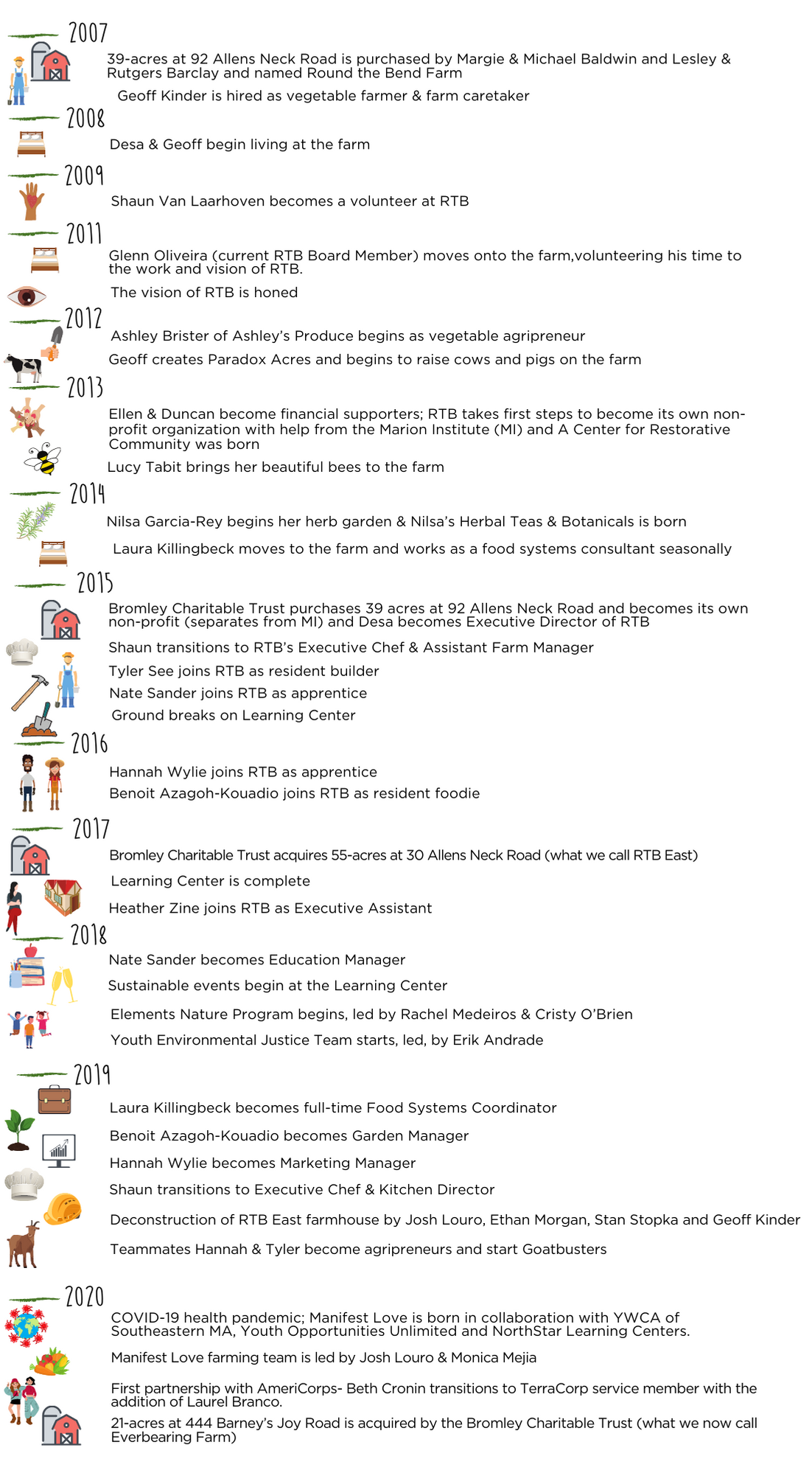